The Season of Lent

The Season of Lent

Originating in the fourth century of the church, the season of Lent spans 40 weekdays beginning on Ash Wednesday and climaxing during Holy Week with Holy Thursday (Maundy Thursday), Good Friday, and concluding Saturday before Easter. Originally, Lent was the time of preparation for those who were to be baptized, a time of concentrated study and prayer before their baptism at the Easter Vigil, the celebration of the Resurrection of the Lord early on Easter Sunday. But since these new members were to be received into a living community of Faith, the entire community was called to preparation. Also, this was the time when those who had been separated from the Church would prepare to rejoin the community.

Today, Lent is marked by a time of prayer and preparation to celebrate Easter. Since Sundays celebrate the resurrection of Jesus, the six Sundays that occur during Lent are not counted as part of the 40 days of Lent, and are referred to as the Sundays in Lent. The number 40 is connected with many biblical events, but especially with the forty days Jesus spent in the wilderness preparing for His ministry by facing the temptations that could lead him to abandon his mission and calling. Christians today use this period of time for introspection, self examination, and repentance. This season of the year is equal only to the Season of Advent in importance in the Christian year, and is part of the second major grouping of Christian festivals and sacred time that includes Holy Week, Easter, and Pentecost.

Lent has traditionally been marked by penitential prayer, fasting, and almsgiving. Some churches today still observe a rigid schedule of fasting on certain days during Lent, especially the giving up of meat, alcohol, sweets, and other types of food. Other traditions do not place as great an emphasis on fasting, but focus on charitable deeds, especially helping those in physical need with food and clothing, or simply the giving of money to charities. Most Christian churches that observe Lent at all focus on it as a time of prayer, especially penance, repenting for failures and sin as a way to focus on the need for God’s grace. It is really a preparation to celebrate God’s marvelous redemption at Easter, and the resurrected life that we live, and hope for, as Christians. (Source: Dennis Bratcher) 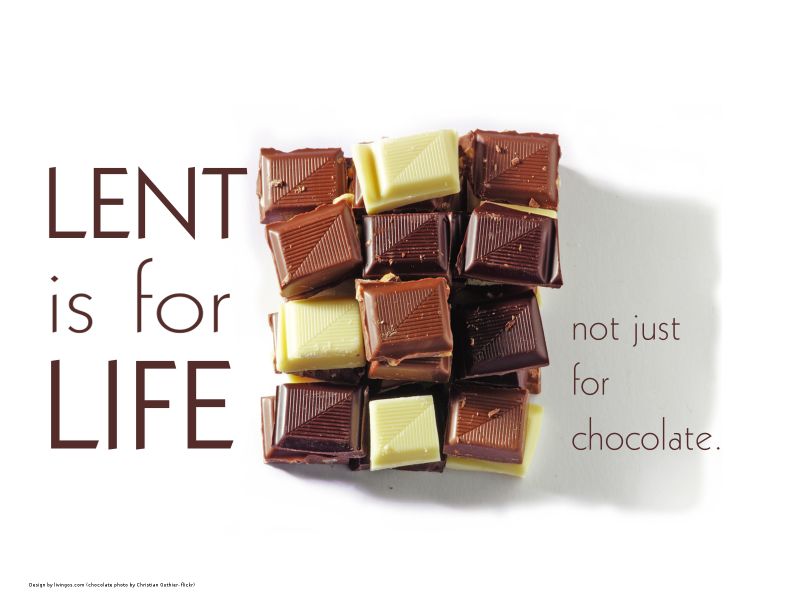