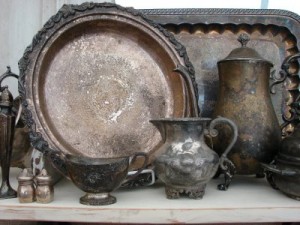 I’m not a sports fan. So it takes a big sports story to get my attention; the kind that broke, last week, about Donald Sterling and his racist remarks in a taped conversation that was leaked to the press. The NBA reacted swiftly and severely, banning Sterling from any and all involvement with the league for life – including attendance at games – and calling upon other team owners to invoke their power to force Sterling to sell the team.

So, of course, there has been the usual range of comments about all of this from those who are in complete agreement with the consequences imposed on Sterling to those who see the imposition of consequences as a “violation” of Sterling’s “right to free speech.” They are, I assume, referring to his constitutional right to free speech. That is something I happen to know something about, having taught Constitutional Law at NCCU School of Law for a number of years before entering vocational ministry. So I’m offering a bit of clarification, in case any of you might find it useful.

First, in general, the Constitution protects us against governmental action, not the actions of private parties. There are exceptions to that, but they require a sufficient “nexus,” or relationship between the government and the private actor to warrant a finding that the government shares responsibility for the private actor’s actions. That is not the case here. So the Constitution does not apply to this situation.

Second, even if the Constitution did apply, the right to free speech is not (and has never been) absolute. It is a qualified right; meaning there are some forms of speech the government is allowed to prohibit and to punish. The classic example is yelling “Fire!” in a crowded theater, as a prank, with resulting injury as panicked patrons attempt to flee. The government may punish someone for that. The question in these cases is, “Does the government have a compelling interest in restricting that particular form of speech?” If so, it may. And it does.

Our society will no longer respond favorably, or with indifference, to speech that denigrates groups of people based on immutable characteristics.

So, again – the NBA is not a government actor and this standard does not apply to it. But what if it did? Then the question would be is there a sufficiently compelling interest in restricting speech of the nature of Sterling’s to warrant the imposition of consequences when it reaches the public? My answer is “yes.” In my view, and based on my life experience, there is a compelling interest sufficient to warrant sending a message that our society will no longer respond favorably, or with indifference, to speech that denigrates groups of people based on immutable characteristics. I believe that there is a compelling interest in ridding the airwaves and public discourse of that kind of bigotry.

Anyone who has had to grow up with the consciousness of being viewed as “inferior” or “less than” by the larger society needs no explanation of the profound impacts of hearing, reading, witnessing, and experiencing the myriad negative messages that we get when people around us feel free to spew their hateful rhetoric in spaces and in ways that we cannot avoid exposure to it. I am old enough to remember teachers believing they were complimenting me when they told me I was, “so much smarter and more articulate than most Negro children!” I am delighted that our society has evolved enough that only the most stupid public teacher would make that remark to an African-American child today. I long for the day when teachers, preachers, and others whose words have the power to impact the self-esteem of LGBT youth will not dare put their ignorant and bigoted opinions and judgments out into the air that those youth must inhale.

I was a smoker for many years. On my own initiative, I always avoided smoking in the presence of non-smokers, particularly indoors. Why? Because of second-hand smoke and its potential to cause harm. I felt that if another smoker and I chose to sit a room and expose ourselves to what we were both putting into our lungs and into the air we were both breathing, that was unfortunate, in my opinion even then, but tolerable. It did not seem tolerable, to me, to put smoke into the air that someone who did not smoke would have to breathe. It just didn’t seem fair to expose someone to environmental poison that I was exhaling, when that person was not complicit in the pollution of the space we were sharing.

When bigotry and hate speech reach the public arena, there are consequences.

My point is simply that it may be true that there will always be bigots among us – although I cling to hope that they will be extinct someday. Until they are, I see it as a wonderful thing that we are seeing, more and more, that when bigotry and hate speech reach the public arena, there are consequences. I am glad that bigots are being put on notice to be very careful to keep their ideological “smoke” in “rooms” occupied only by themselves and others who are like-minded. The rest of us do not deserve to be exposed to the societal pollution that they generate. It causes harm – deep and lasting harm in more ways that I can explain. But I have experienced it, along with millions of others.

Category: A Word from Our Pastor